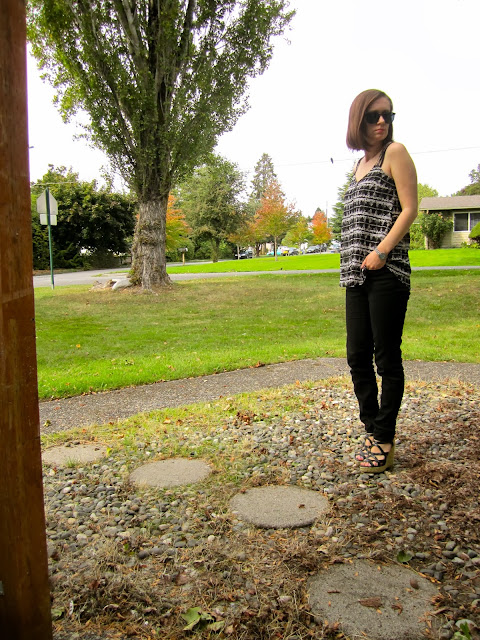 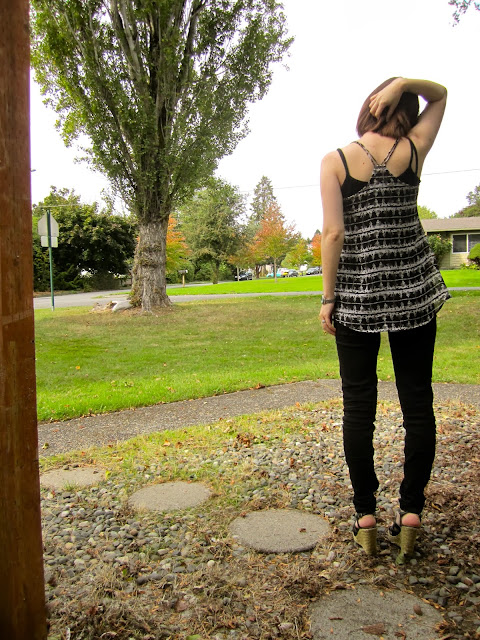 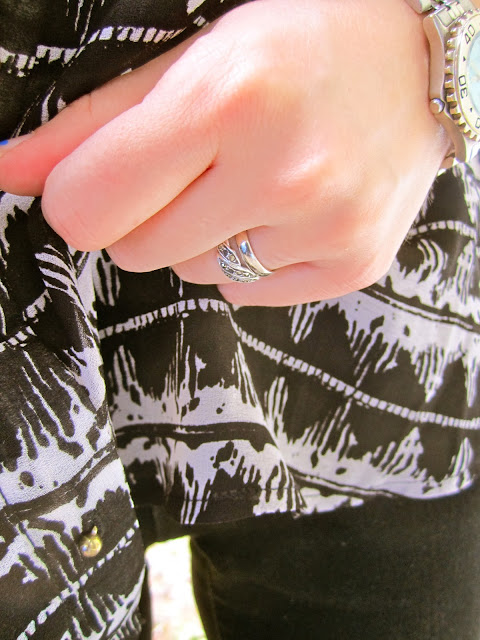 One side effect of being in a band is that every item of clothing I buy now get scrutinized as either gig-worthy or normal. Anything I deem "gig clothing" inevitably feels cool and gets worn just as much as more classically feminine or casual stuff, which means I feel extra-awesome in my daily life. But then when I'm picking out an outfit for a show, I don't have anything really special to wear. I mean, I could save my pleather miniskirt or this perfect flowy top strictly for band appearances, but what's the fun in that?
Posted by Feathers at 3:52 PM No comments:

Ode to a flip-flop 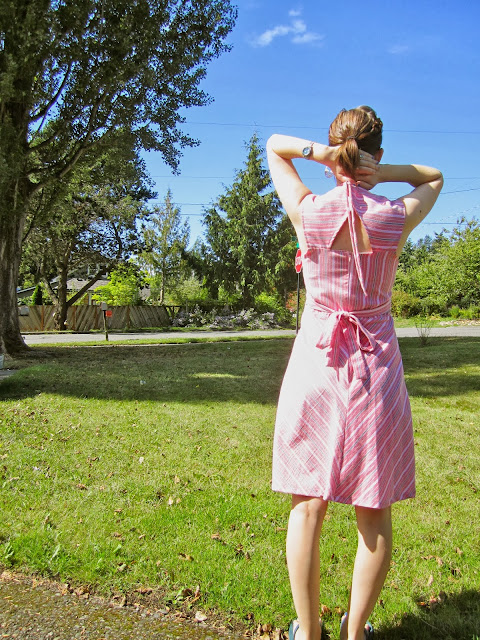 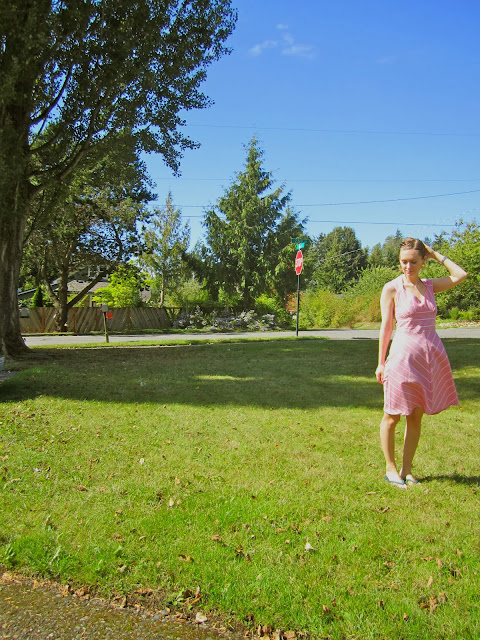 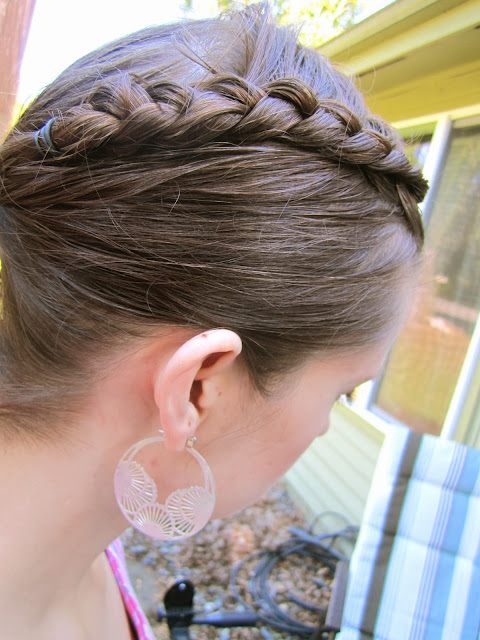 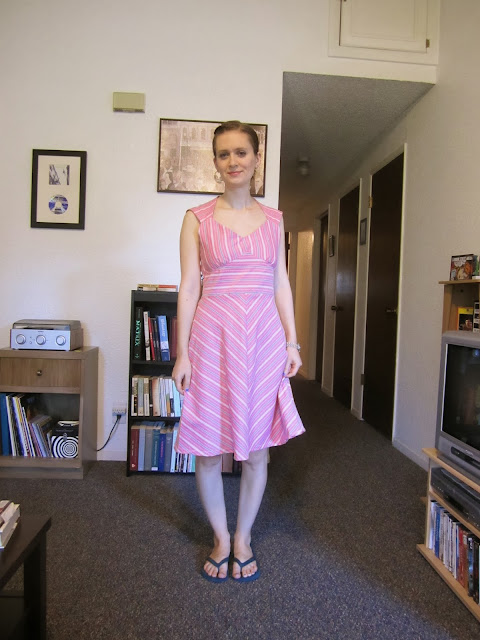 What do I do when I'm wearing a pretty vintage dress and a nice hairstyle on a hot day and none of my regular sandals look right with it? Throw on some turquoise Old Navy flip flops, apparently. The flippy-floppy sound they made all day was very nostalgia-inducing, considering I used to live in these and a burgandyish dark pink pair all summer for years. And a couple other colors I don't remember. I actually used to work at Old Navy, so the classic five dollar price tag was even lower for me. I still have fond memories of when I was on the logistics team (people who went in at 6:00 am to put out new stuff), rolling giant bins the size of small dumpsters filled with flip-flops out to the sales floor and tackling the set up of the flip-flip wall for the year. And now that's officially too many times saying flip-flip. 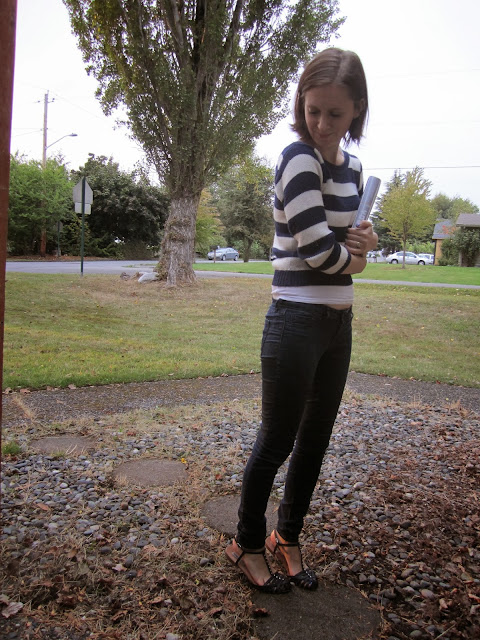 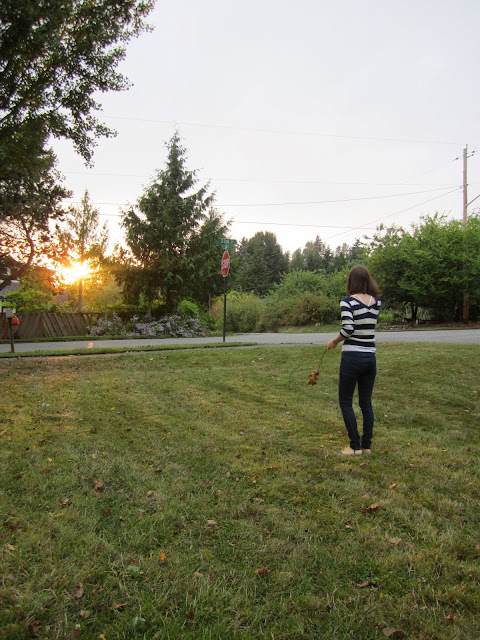 Earlier in the year, I read a book called Ready Player One by Ernest Cline, and loved it. I won't get into the plot too much, but it was basically about a future world where everyone spends most of their time in a virtual reality computer game-based world. It's mostly action-adventure, and though that's not always my first choice genre, I would wholly recommend it. So when I spied You by Lev Grossman, another video-game themed book, I hoped to be just as enthralled. I enjoyed most of it, but only in a mildly interested way, and found that the last section dragged quite a bit. It was basically a coming of age story in that way that coming of age seems to happen in our late twenties instead of teen years these days. And the the end was dragged down by too much technical babble and very little of the personality that had kept it somewhat afloat until then. The cover art is awesome, though. So here I am holding it.
Posted by Feathers at 3:16 PM No comments:

Feathers
One day I'll look back on all this. Sometimes I check my email. It's stephthebird@gmail.com

Read About Books, Then Read Books!

From My Etsy Store, Girl in a Cardigan